For years, the PROTOform Stratus 3.1 was one of the most popular and successful 200mm nitro sedan race bodies. The PROTOform P37-N has proudly continued that legacy, using some of the time tested and proven design features of the 3.1 but including many evolutionary improvements to aid down force and steering capabilities. The wing struts are enlarged and new oversized nylon wing hardware are included with the body. Meen Vejrak drove this body to the 2012 IFMAR Nitro Touring Car World Title, in a race that featured 9 of 10 finalists using the P37-N.

The P37-N conforms to all the ERFA "Global Body Spec" criteria. It is pulled in 2 different weights of genuine lexan and comes with protective film, decals and wing mounting hardware. 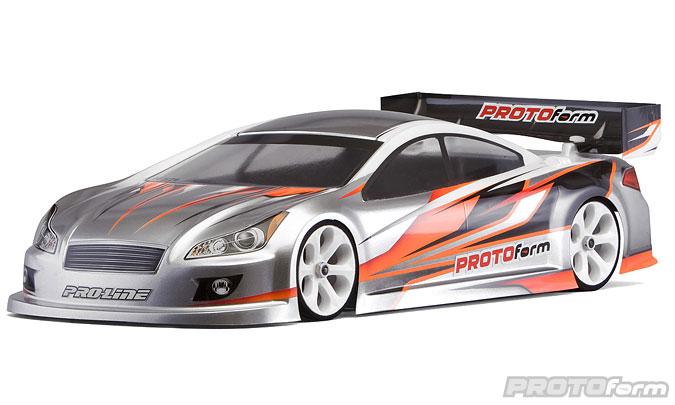